Are you getting enough quality sleep? 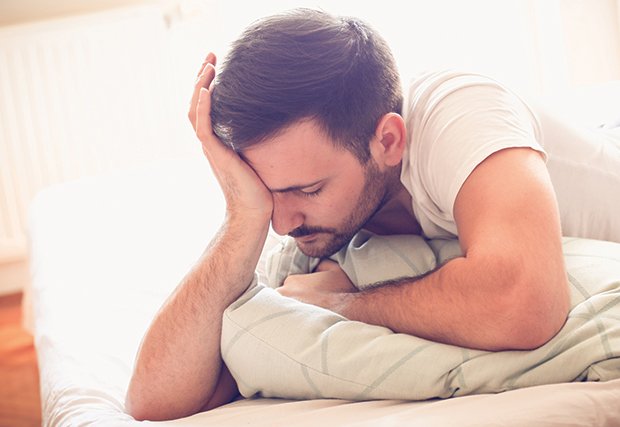 Sleep is an essential component to your health and quality of life, but chronic sleeplessness can have a domino effect, potentially leading to heart conditions, diabetes and other health issues. For many people, a good night’s sleep is something they can only dream about.

“If you are having trouble with sleep, there may be underlying conditions, such as high blood pressure, obstructive sleep apnea, gastroesophageal reflux disease (GERD), chronic pain and restless leg syndrome that are causing the problem,” explains Krystal Basey, RCP, CRT, a sleep technologist at The Sleep Center. “Sleep can also be interrupted by anxiety, stress and some medications, so it can be a vicious cycle.”

Most people have heard of sleep apnea, but there are actually two types. One is obstructive sleep apnea, where during sleep, the muscles in the throat and upper airway collapse. When this happens, the airway becomes blocked, reducing airflow and oxygen levels. The brain triggers the muscles to tighten, restoring normal airflow. The other type is central sleep apnea. In central sleep apnea, the brain doesn’t send the right signals that control your breathing. This is less common than obstructive sleep apnea and may be the result of a stroke or heart failure.

Obstructive sleep apnea often goes undiagnosed because the symptoms — snoring, pauses in breathing and gasping for air — occur while people are sleeping. It can result in daytime sleepiness, headaches, memory problems and more. It can also lead to more serious health conditions such as various forms of heart disease, high blood pressure, increased stroke risk and reduced life span if not addressed. Basey also tests for restless leg syndrome and narcolepsy.

The Centers for Disease Control and Prevention (CDC) reports that adults who slept less than seven hours in a 24-hour period were more likely to suffer from one or more of the 10 most common chronic illnesses, such as diabetes, depression, coronary artery disease and asthma.

Aside from chronic illnesses, lack of quality sleep can also contribute to weight gain, anxiety, and blood sugar and hormone imbalances. “People don’t realize just how much inadequate sleep affects us. And for those with sleep apnea, a decrease in oxygen stability can cause morning headaches and restless leg movement from the body trying to constantly wake itself up to increase the levels of oxygen,” says Basey. “That’s why a CPAP machine is so helpful, because it keeps the airways open and stabilizes the flow of oxygen during sleep. If your spouse, significant other or children have told you that you snore or gasp for breath in your sleep, you should talk to your doctor about getting a sleep evaluation.”

If you are someone who just has trouble relaxing into sleep, Basey has some suggestions other than counting sheep. “Weighted blankets have become popular recently due to the positive psychological effect mimicking the feeling of having a person holding you,” she says. “Chamomile tea is also helpful, as is aromatherapy using lavender oil in a diffuser. Others find white noise machines helpful for drowning out ambient noise.”

Basey explains some patients use over-the-counter melatonin to help them sleep, but she cautions against it. “This is the same hormone our brain naturally produces. Overusing it in supplement form can cause the brain to become “lazy” and dependent and not produce its own melatonin,” she says.

Passionate about her work, Basey likes helping patients “solve the mystery” of what’s keeping them up at night. “The data and our evaluations tell the patients a lot about themselves that they wouldn’t have known otherwise,” she says. “I have literally seen a positive difference in patients overnight. It’s amazing what quality sleep can do for your body.”

How much sleep vs. age

The need for sleep changes with age. In collaboration with the National Sleep Foundation®, the American Academy of Sleep Medicine™ and Sleep Research Society®, the CDC recommends the sleep guidelines below.

If you are having a medical emergency, call 9-1-1. For accurate wait time, call the hospital.